At this sort of time every year I find my thoughts turning to the mountains for no particular reason. And today I wanted to share about a particular favourite of mine. There are a few places that are claimed to be most beautiful, or pleasing in some way- for me nothing quite matches up to the Bagini Glacier. Bagini Glacier is situated in Uttrakhand and is beautiful in all seasons. But still the best time to visit in summer is from end of April to starting of May and in winter is from mid October to early November. 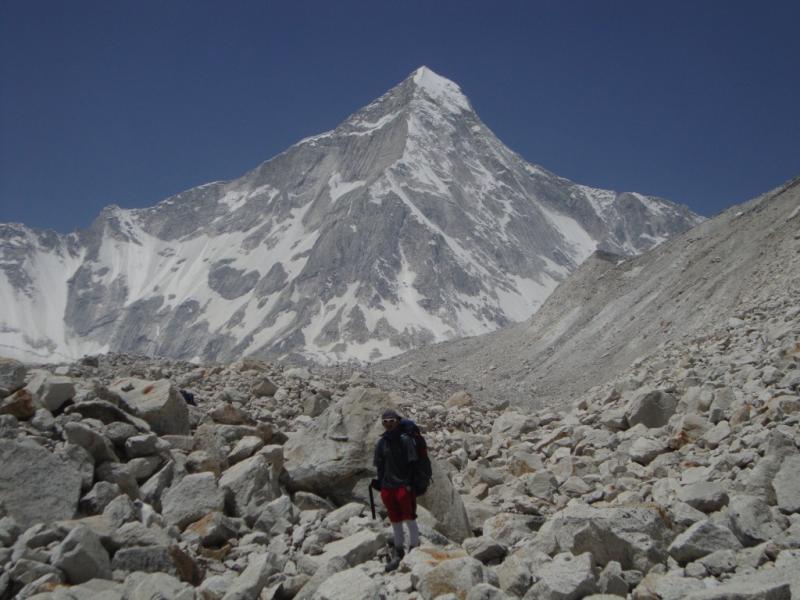 Crossing the suspension bridge over Dhauli-Ganga and then stepping on to the well laid 3 kms trail of a mix of moderate climb and straight walk that passed through the forest all along Dhauli-Ganga River really nerved my tenacity. We had set up our tents in a nearby meadow, rather than inside a village. The meadow overlooked Malari road. While taking a stroll through the meadow I was encountered by some wild flowers that were in their full bloom. The next day we woke up to the chirping of some unidentifiable birds and were greeted by the beautiful flora around. The waterfalls cascaded down between the stony rocks with a few patches of greenery and the lushing greenery on the other side. A combination of green, white and brown with a few hues here and there looked gorgeous. Even the clouds and far away glaciers that peeped out of the well carved mountains were inviting us to enjoy their beauty. From the Dunagiri ridge, I saw the early morning sun rays reflecting on the clear blue skies. It presented a magical pattern to the shades of the surrounding and was emerging in the grandeur of its elegance.

Once we came down from the ridge to Bagini stream, the peaks around were eclipsed by the white cloud formation and High Mountains. Everything around was presenting magical myriads to the eye. This trek, with few ups and downs, was made fun by the friendly strangers that we were to each other at that time; in our trekking team. Our guide was a real gem of persons. He really guided us on everything basic for this trek. The meadows skirted by the Bagini glaciers, a spring of water streams, view of the Trishuli and Hardeol peaks and Hathi parvat ebbed every pain out of my body.

The upper route to the Bagini glacier was steep and the most challenging. Though the stony rocks and boulders formed a major part of the trek route, but eventually the realisation fell upon me that even the rocky patches, bereft of any greenery around could be equally scenic with punctuations of sporadic  bouquets of wild flowers. Throughout our trek the weather continued to be misty foggy and snowy but this enabled us to complete the trek without getting tired. Those delicious lunch breaks and tiring dinners are truly a part of my favourite tastes till date. I have really lived some remembering moments for the whole of my life.