Back To Be A Nomad

To Be A Nomad

It is over. I am back now, physically at least.

I had never been to the mountains before, or even seen snow. People had told meof the allure of the snow caps. I had wanted to see it for myself. Therewas just one other person in the group I was acquainted with when we started.It was quite ideal. I had decided to hug my solitude close and commune withnature. I foresaw being witness to delightful sights and sounds, chatting withlocals about their way of life, sampling their food and being blissfullyexhausted before I went to sleep every night. I looked forward to seeing themost physically revolting version of myself considering we wouldn’t be bathingfor more than a week. I wanted to find out as I did the daily gradual ascentand occasional descent, whether I would lose my temperament or take it in mystride. I got all my answers and then some.

Thetrek really started when we left base camp at Loharjung in the wee hours. Theuphill climb was a mood tester. It was arduous but we made it. There were somecheery faces and some sullen ones towards the end. But everyone brightened upat the sight of the plum coloured nectar we were offered when we reached whatwould be our first stop, Didna village. It was the local Buransh juice,otherwise known as Rhododendron. The acclimatization climb broke the icebetween the group. When it was night, the darkness was so absolute, the skyshowed its deference with all the stars in all their glory. I was hushed,feeling minuscule and insignificant. The remarkable aspect of being in a placedevoid of the invasions of human technology is that every experience, visual orcerebral is accompanied by a dash of authenticity.

Sothe days went on. We trudged along beautiful vistas of lush forests, sparklingstreams, endless meadows. Our trek leader, Sanjeev was one of a kind, alwayscheerful with a song on his lips. He belonged to the mountains, his grace andpoise in any situation was an inspiration. We passed Ali Bugyal, Ghora Lotaniand reached our first camp on snow, Bhagwabasa. Sleeping in a sleeping bag in atent gave me fitful sleep, but who needs sleep anyway? There are only so manyhours in a day, and only so much time to do everything we want. I would beat myalarm clock every morning and be up before 6 am to see the sun rise. I nevergot used to the breathtaking beauty, it always amazed me. At our snow camp, theunforeseen happened when the Milky Way was pointed out to me. I gaped at thesky for several minutes. The goosebumps were palpable.

Summitday was by far the most physically demanding one. Towards the end, I wasrunning solely on adrenalin. It was difficult. It was exhilarating. I feltalive. Roopkund lake was something of a let down. Because it was frozen, wedidn t get to see any skeletons. The summit took us about 4 hours, but thelocal kitchen staff ran up and caught up with us within thirty minutes with ourbreakfast! It was like they don nott have human blood flowing through their veins.They are  geneticallysuperior beings who glide through snow like they have imaginary skis strappedon. The way down was interesting as the snow had started to melt. One would beknee deep in snow before one knew it. But that was common place by then. No bigdeal. We reached the camp in high spirits. I felt like I wanted to climb thenext mountain, then the next and just keep going.

Wedescended for the next two days. I missed the snow the moment I left it. Istill feel the dull ache I felt then. The way down was beautiful but it was aquiet beauty. It had the sense of an ending. This is precisely why one musttravel. Any writer could write a thousand words about a Himalayan hike, butnothing could justifiably encapsulate the magic of being in that moment; notbeing bothered about recording it on film or on camera, but just being. Allthrough the trek I kept telling myself, “Look up. Watch your step but lookwhere you are. This place is a thing of beauty. You ll be sorry if you miss it.The quality of these mountains is HD.”  I went away with one feeling. I willbe back.

Returninghome is the most difficult part of long distance hiking. You have grown outsidethe puzzle and your piece no longer fits. – Cindy Ross 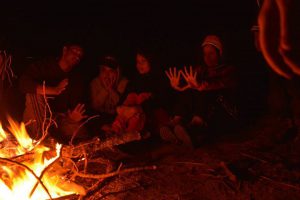 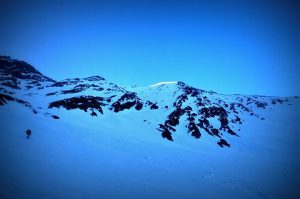 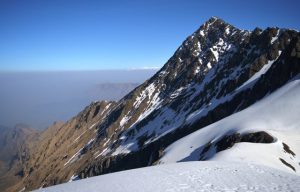 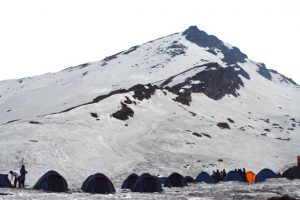 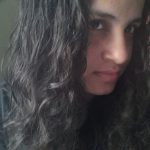